The Moon and the Night 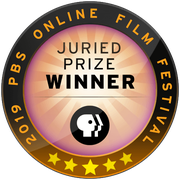 Set in rural Hawaiʻi, a Native Hawaiian girl must confront her father after he enters her beloved pet in a dog fight. The film explores the cultural and socio-economic strife that burdens many communities in Hawaiʻi, but at its heart, it is a coming-of-age tale of a young woman who must make the difficult realization that to save her family, she must stand on her own.

Raised in the quiet valley of Kahaluʻu on Oʻahu, Native Hawaiian filmmaker Erin Lau has shaped her career around projects inspired by her heritage, the female perspective and the Asian Pacific community. Originally a documentary filmmaker, Erin transitioned to scripted after her screenplay Little Girl’s War Cry, which focused on domestic violence and cultural identity, was selected out of 2,000+ submissions by the Film Raro Competition to receive funding. After completing her Bachelors degree at the Academy for Creative Media at the University of Hawaii, Erin worked as a videographer and editor for a Hawaiian grass-roots news and documentary company, ʻŌiwi TV. She later moved to Los Angeles after receiving a full-ride merit scholarship from Chapman University, where she completed her MFA in Directing in 2018. Over the course of her education, Erin has written and directed multiple award-winning shorts and was selected as a Sundance Native Lab fellow in 2017. She is now working in Los Angeles as a Producer-Director for Jubilee Media, as well as writing and directing her own passion projects. Her ultimate dream is that her work will help to empower and inspire minority and female voices.

Pacific Islanders in Communications (or PIC), is a national public media organization committed to supporting diverse voices by funding, developing, producing and distributing innovative media about the Pacific Islander experience. Founded in 1991, PIC has provided more than ten million dollars in funding to independent film projects and filmmakers to ensure Pacific Islander voices and perspectives are included in the national discourse in order to support a more educated, just and inclusive society; and to enrich the national and global cultural landscape.