Samantha Aldana is a Belizean-American award-winning director/writer. Her love of stories was born from the fusion of storytelling traditions of the American South and the myths and legends of Belize. At the age of 12, she began putting her stories on screen.In 2017 she received the Best Director Award for her short film "These Wild Things" at the NYC Damn! Film Series. The film was also awarded the “Jury Award for Best LA Short Film” at the New Orleans Film Festival in 2016. Her latest short narrative film, "The Melancholy Man," was invited to screen at Comic Con 2018 in Los Angeles and premiered as a top pick of The Film Shortage, “an online cinema showcasing the best short films.” Samantha is currently developing her first feature film, "Little Lying Wild," a dark fantasy set in Belize. The film was selected to participate in the 2017 Tribeca Film Institute Network. Samantha is a member of Women in Film and Television and the National Association of Latino Independent Producers. She holds a BA in Film Directing from Columbia College Chicago. 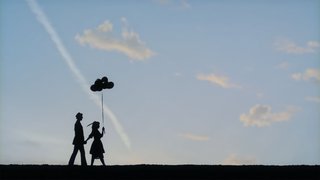 Read the full Q&ADirector and Co-Writer Samantha Aldana on the role that costumes and set design played in bringing "The Melancholy Man" to life.

PBS: This film has a whimsical quality to it with the rhyming narrative poetry, the characters’ appearances and tone, and even the music. What was the inspiration behind the style of film and how did the storybook nature of this originate?

Samantha Aldana: My process for conjuring ideas almost always begins with a doodle or illustration. I think lot of my work has a storybook nature to it because of that reason. The Melancholy Man all started with sketch of a miserable lanky man sitting at a table that was a little too small, wearing a hat that is a little too tight. The first draft of the poem came shortly after.

The National Association of Latino Independent Producers stands as the premiere Latino media organization for the last 20 years. Founded by a group of Latino producers, content creators, media advocates and academics in 1999, NALIP has made it their mission to advance Latino content creators across all media. NALIP has held eighteen national conferences and are currently raising money for the programs that will solidify the infrastructure of their organization to better serve the membership and community.