Isolated, desperate, and haunted by his coal-stained birthright, Father continues his daily descent into the accursed Maple mine— even after it has crippled his ancestors and blinded his youngest son. Set in 1907 and based on director Jesse Kreitzer’s own coal mining heritage, Black Canaries is a powerful meditation on patrimony, loyalty, and love.

Jesse Lockwood Kreitzer (b.1985) is a filmmaker from Marlboro, Vermont, whose interests include rural storytelling, agrarian life, and folk cultures. Using genealogical research and archival material as creative conduit, Kreitzer's films explore the fragility and preservation of memory, family line age and tradition. His work has been exhibited at festivals, galleries and museums worldwide including The National Gallery of Art, Museum of the Moving Image, Biografilm, Raindance, Oldenburg, Camden, and Ashland, among others, and have received Oscar®- qualifying and regional Emmy® awards. He is a LEF/Flaherty Seminar Fellow, a Kodak Motion Picture Grantee, a Massachusetts Cultural Council Artist Fellow, and the recipient of Vermont International Film Foundation’s 2016 James Goldstone Award for Emerging Vermont Filmmaker. Kreitzer earned his MFA in Cinema and Comparative Literature from the University of Iowa, and his BA in Visual & Media Arts from Emerson College. 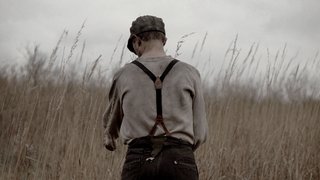 Read the full Q&AWriter, Producer and Director, Jesse Kreitzer comes from a long line of coal miners in the Midwest. Jesse spoke with PBS about how his coal mining heritage served as the main inspiration for the film.

PBS: Can you tell us more about the history behind the story for this film and your coal mining heritage?

Jesse: My great-grandfather, Thomas Chapman, was a coal miner from Maple, Iowa — a small mining town that disappeared along with the coal in the 1920s. Growing up, that’s about all I knew of my mother’s Midwestern roots.  As a filmmaker, I often use genealogical research and oral histories as creative conduits, so I moved to Iowa in 2013 to pursue my MFA and learn about my maternal ancestry.

For three years, I met with extended family and descendants of Iowa’s coal camps.  It was a very special time. I drudged through state and county archives, digitized dusty photo collections, discovered keepsakes, and tried my best to piece together an understanding of my family’s history. “Black Canaries” is an ode to my ancestors, honoring not only my own personal heritage, but also a collective cultural identity shared by many.

Vermont PBS connects neighbors through stories that change lives. By understanding and exploring the identity, culture, and needs of the communities we serve, Vermont PBS brings together viewers through relevant and vital storytelling.