BT Lives in the Stitch 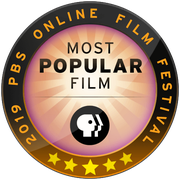 North Lawndale College Prep is a high school located on the south side of Chicago, in a neighborhood notable more for urban blight than quality education. Then teacher, Dorothea Tobin introduced the BT Lives in the Stitch program, creating a much needed after-school program as well as an avid knitting circle amongst an unlikely group of teens.

Katie Prentiss Onsager is a Chicago-based documentary filmmaker and video journalist. As the Executive Producer of Small Forces, she has led the production of more than 30 documentary shorts about grassroots activists and organizations across the country, and abroad in Haiti and Tanzania.

A believer in the power of community engagement, Katie serves as the board secretary for Parents for Peace and Justice, co-president of the Danny Did Foundation’s Young Professionals Board, and founding member of the Chicago Media Project’s associate board.

Jamie Fleischel has more than 15 years experience in filmmaking and producing award-winning docu-series for television, digital platforms and content partners. A founding partner of Picture Show, a Chicago-based production company, Jamie produces and directs content pieces for a variety of clients including Basil Hayden’s Bourbon, Wahl, The Onion A.V. Club, and The Museum of Science and Industry. He began his career as a filmmaker and storyteller the moment he hit the road with a band—following them throughout Europe—and documenting much of the experience with photography and video. The moment he returned from touring, he set about learning how to edit.

Illinois Public Media is a not-for-profit public media service of the College of Media at the University of Illinois. Illinois Public Media educates, entertains, inspires, and empowers its audiences by airing the best of public television and radio programs, producing local content for broadcast and digital outlets, and working with partners to address community needs and concerns.

WILL-AM 580 offers a comprehensive alternative to quick-fix news through local and regional coverage, as well as weather and agricultural news and coverage from NPR and the BBC.

WILL-FM 90.9 offers programming to nourish the spirit and the mind, with classical music, local news and NPR’s news magazines, Morning Edition and All Things Considered.

WILL-TV blends a core of PBS programming with locally produced documentaries and programs focusing on central Illinois, such as Mid-American Gardener.

WILL Digital provides livestreaming of the WILL-AM and WILL-FM signals, downloads and archives of news stories, agricultural market reports and podcasts, an education site for parents, teachers and child care providers, and in-depth information about Illinois Public Media’s programs, services and projects.