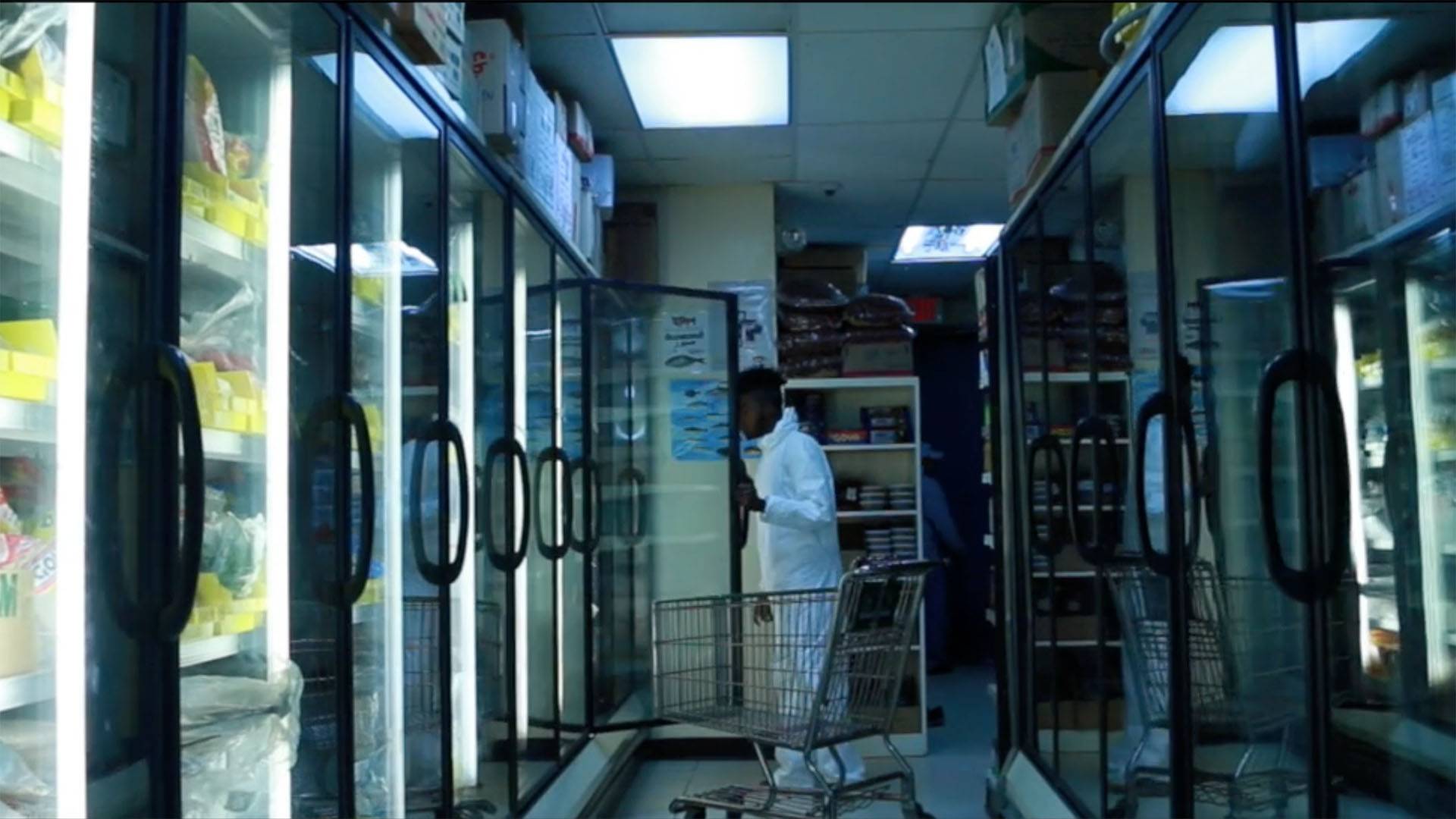 PBS spoke with Director, Cinematographer, Writer and Producer Kelechi Agwuncha about the creative direction for her film and the messages she hopes to convey through her characters. ​

PBS: The use of fish, and black fish in particular, is prominent in this film appearing to navigate the role of prey vs. predator in our society. How did the concept for this come about?

Kelechi Agwuncha: I saw an image by photographer Ren Hang of a fish wading above a woman’s head in a bathtub. From there the story evolved into a man's obsession with fish, but fleshing out the story a bit more “the man” eventually transcended to figures of white authority. I was also engrossed by the issue of overconsumption and saw the opportunity to address the topic in metaphorical means relative to myself as an African-American.

Throughout the film you can visually come to terms with the racialized terminology involving “superpredator.” The term superpredator was coined by American political scientist, John J. Dilulio, Jr., in the 1990s to refer to violent crimes involving youth of color relative the 1994 Violent Crime Control Act. The word influenced a negative conscious that a threatening breed of children were designed by a poor/drug-influenced upbringing to cause chaos and murder. The term was heightened even more with news reports that focused on showing mugshots and misconstrued reports of violence by black teenagers. In retrospect, we still see this prejudice today amongst people threatened by and placing negative assumptions on the presence of people of color.

PBS: At one point the narrator says, “But I’m nothing like the predator. I’m different” before the film transitions into an expressive dance. Can you go behind the creative direction for this and why you wanted to conclude the film in this way? 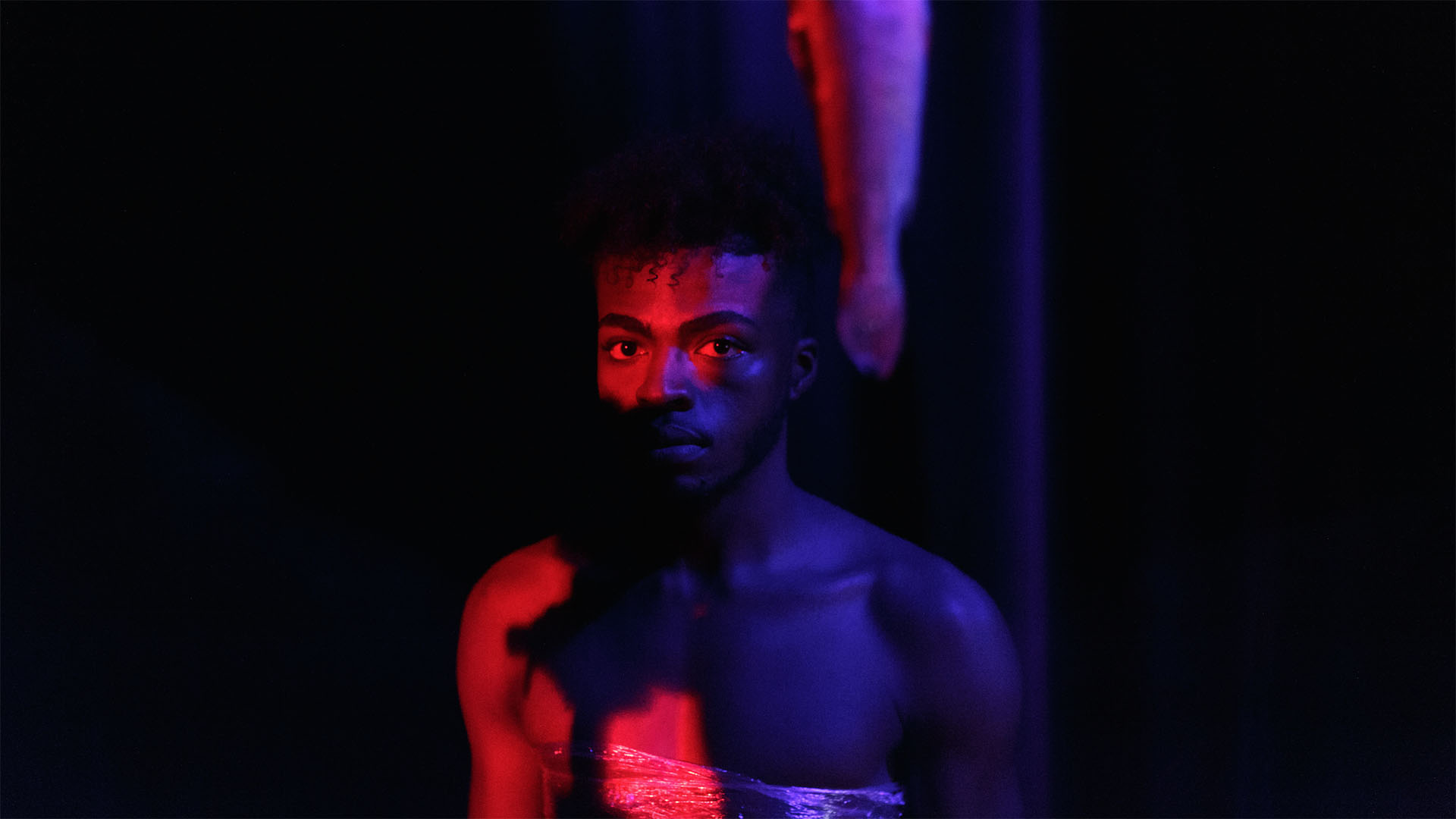 Kelechi: The dance is a way of freeing himself from the bondage of labels and stereotypes. I also wanted to capture an alluring emergence that would dominate the film to draw focus on the flexibility/versatility of the supposed fish. Fish are nourishment, but I also see them as unique amongst all animals for their form and underwater universe. The immediate parallel I see between fish and black men is that they are being killed at unprecedented rates.

My friend Taz Wilson is an incredible dancer so showcasing his multifacetedness in movement became clear for me when deciding upon who would play the main character. A black man’s liberation to me is power, so displaying this with depth and visual breadth was best done through a long take of movement to a song that expresses that very release.  Similar to various people handling the fish having independence over their line of work, the main character has autonomy over his body in this moment. The sensationalism of violence is often commodified within labels such as “thug, gang-bangers, wolfpack.” The dance overshadows these characterizations. However, the current state of prejudice against black men is still very much alive. This is reminisced in the ending featuring red and blue police lights and hanging fish, both signifying systemic oppression and police brutality.

"Prey is a metaphor for blacks being casted and targeted by individuals who holistically perceive them as a menace, danger and moral threats to society."

PBS: Can you tell us more about the roles of the scientist, cook and fishmonger in this film and perhaps their representation of predators in society? What message do you hope for others to take away from your film?

Kelechi: Humans have evolved as hunter-gatherers, with many tools allowing them to capture their prey. The scientist, cook and fishmonger represent this. The restrictions of the black man is represented as a black fish, vulnerable to being fed on by society. Prey is a metaphor for blacks being casted and targeted by individuals who holistically perceive them as a menace, danger and moral threats to society. The flaw within the racialized terminology, superpredator, created the disproportionate targeting of black communities. Through the film I want people recognize the word to overcome and understand a history of society’s bias. The major difference in today’s culture, is there’s more vocalized efforts to recognize the ignorance of law enforcement as well as the justice system.

Racism is one of many iniquities humanity has conjured throughout the course of its existence. The modern day lynching is police brutality and at times vigilante justice. The freedom for blacks to pursue what they wish to do to reach their potential, and the ability to have a secure and comfortable life and a sense of hope and optimism about the future is taken by those who dehumanize black lives.

In all, let's continue to dismantle “superpredator” and its brethren terms.