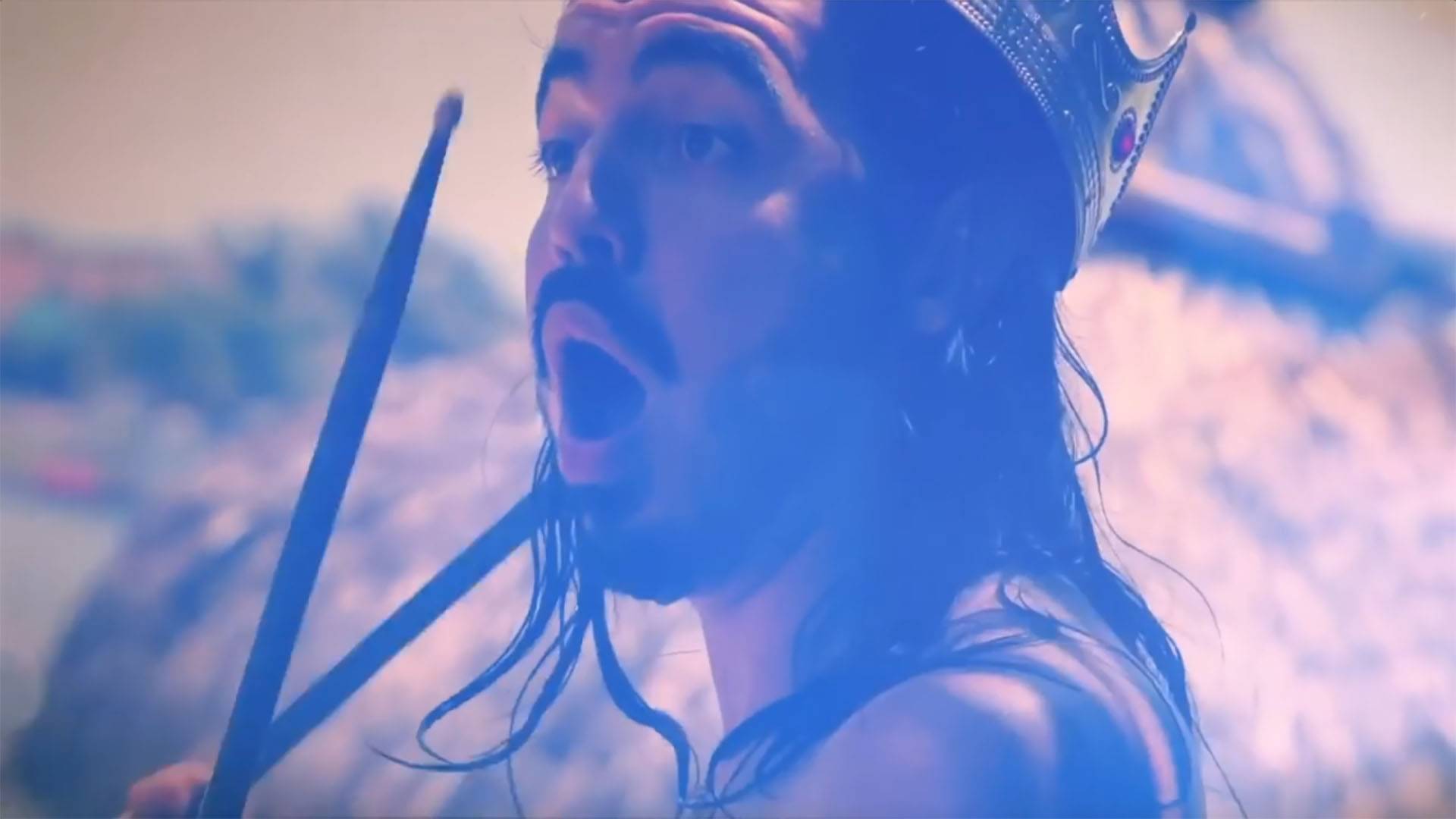 Director Michael Lowney and Producer Vanessa Perez spoke with PBS about the SunGhost's creative process and how they came to be the subject of this short documentary.

PBS: How did you come across SunGhosts and what was it about them that led to the creation of this profile?

Michael Lowney: The lead singer Nik and I worked together at Apple where we became friends. When I left Apple, I continued to follow him on social media, so I was always aware of the projects he was involved in. When I noticed he put some songs on SoundCloud with his new band SunGhosts, I gave it a listen, and ended up really liking it.

Fast forward to when it came time to find an artist we wanted to showcase on Art Loft, it was a no-brainer who we wanted to feature. We just love their sound. Their album is so eclectic. Anyone can find a song that they enjoy from them.

Fast forward to when it came time to find an artist we wanted to showcase on Art Loft, it was a no-brainer who we wanted to feature. We just love their sound. Their album is so eclectic. Anyone can find a song that they enjoy from them.

Before the profile, we never saw them live, so when it came time to getting B-Roll, we were just blown away. The energy was amazing. That whole week of filming them, we just listened to their album on repeat.

PBS: You decided to interview the band members individually and the audience only sees them together during the shots of their performances and rehearsals. What was the reason behind this?

Vanessa Perez: That really just comes down to aesthetic. Since it’s a short piece, you don’t get a whole lot of time to get to know them. We gave them the choice of where they wanted to be interviewed and I think it adds an element of personality to each member of the group. On top of that, we don’t like generic backgrounds for interviews, it’s just boring to look at.

PBS: As a creator in your own way, what was it like to witness the creative process of this band and hear about their growth as a group?

Michael Lowney: I used to be in a band before I became a filmmaker, so watching their process was very nostalgic to me. It brought back a lot of fond memories of being in a band and having that camaraderie. As far as being creators, it’s inspiring to see the success of another artist. It makes you want to go out and make a film that day, it’s like an adrenaline rush. It’s also great to see when you put in a lot of hard work, there’s a payoff at the end, and that keeps you going as an artist.

A mini documentary about SunGhosts, an up-and-coming indie-rock band from Miami.