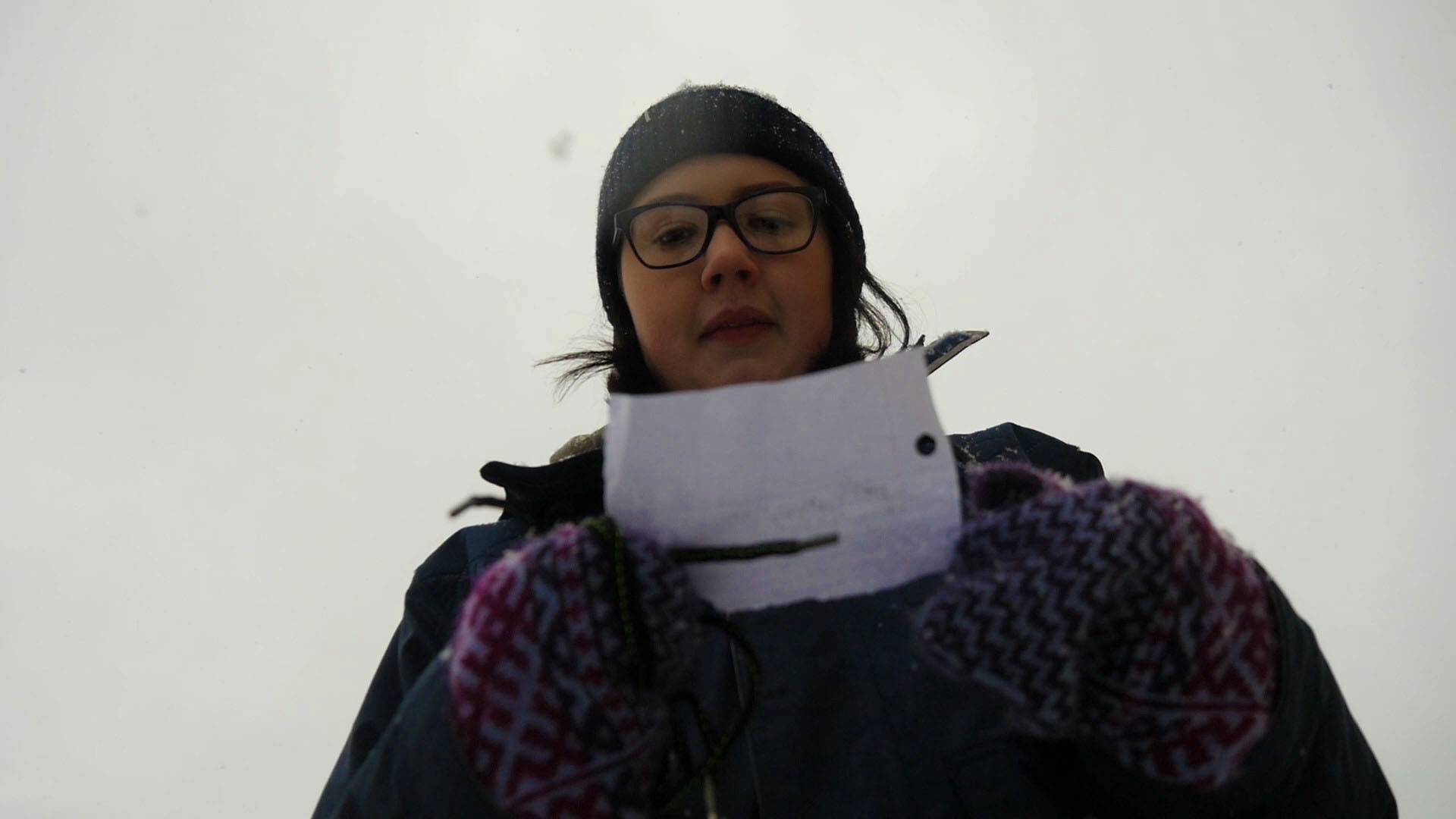 Periphery's Director John Barber IV and Director of Photography Mariah Iltis spoke with PBS about the inspiration for their work, and the significance of their film's conclusion.

PBS: What was the inspiration behind this story?

Mariah Iltis: For me the inspiration was from a video I had seen on Facebook. It was a social experiment where they had asked people walking down the street in, I believe it was New York, what they wanted for Christmas. Most of them said something material like a gaming system or certain types of clothing. They then asked the homeless of New York what they wanted for Christmas and, across the board, every one of them said they just wanted a person that would sit and talk with them.

John Barber IV: My inspiration behind this story was based off experiences I have personally seen as going through a mundane day every day. To me some of the best things in life are right in front of us, but we are blinded by our own lives that we miss them. In this film I wanted to show that change and how it can influence someone's life.

To me some of the best things in life are right in front of us, but we are blinded by our own lives that we miss them.

PBS: There’s repetition at the beginning of the film as you take the audience through the main character’s day. Representative of the film title, it’s when we revisit this scene that the audience really notices the man sitting off to the side. Why did you want to film it in this way?

Mariah: From my stand point, it was more to show the repetition of her everyday life and that she’s just trying to get from point A to point B and doesn’t really stop to “smell the roses," as so many of us do. If you look carefully, each time she walks past the man on the steps, the outer edges of the frame are a little bit more focused than the first time she walked past him.

We used our focus throughout the film to signify our main character’s attention and where her focus was. In the beginning it’s just on herself and all the things she has going on in her life. Then she gradually realizes, "Hey, it’s not all about me."There are other people with their own set of problems too."

John: I think the repetition is one of the most important parts of this film; it effectively showed the time passed every day with her doing the same thing. It was made apparent as the man was slowly brought into focus throughout the film and as her awareness of the man increased. I thought this was the best way to show how to be more observant of your surroundings as she did in the film and how it can be better for you. I thank my cinematographer for that concept.

PBS: Why did you choose to conclude the film with an open ending/cliffhanger when the girl opens the mailbox?

Mariah: Looking back we had no real reason for leaving the cliffhanger, but it ended up benefiting us. Everyone that’s watched it really wants to know what’s in the mailbox. I think for me, it’s not about what was in the mailbox, it was about the friendship the two characters created throughout the story that led her to this mailbox.

We tried ending it a number of different ways and it didn’t matter what way we sliced it, nothing fit better than just leaving it at the mailbox. I think it should be up to the audience to decide what they take away from the mailbox. Are they taking away something monetary and physical, or are they taking away what the entirety of what this short film was about?

John: I love the concept of leaving the imagination to the audience. This shows that the good things you can get from an experiences can be special to you. Honestly a part of it was based on the amount of time we had as well; that part would extend to another branch of the story. This to me was not necessarily needed to get the point across as her reaction in the last shot shows that her view has changed by whatever she grabbed.

A woman gets a new lease on life when she meets someone less fortunate.