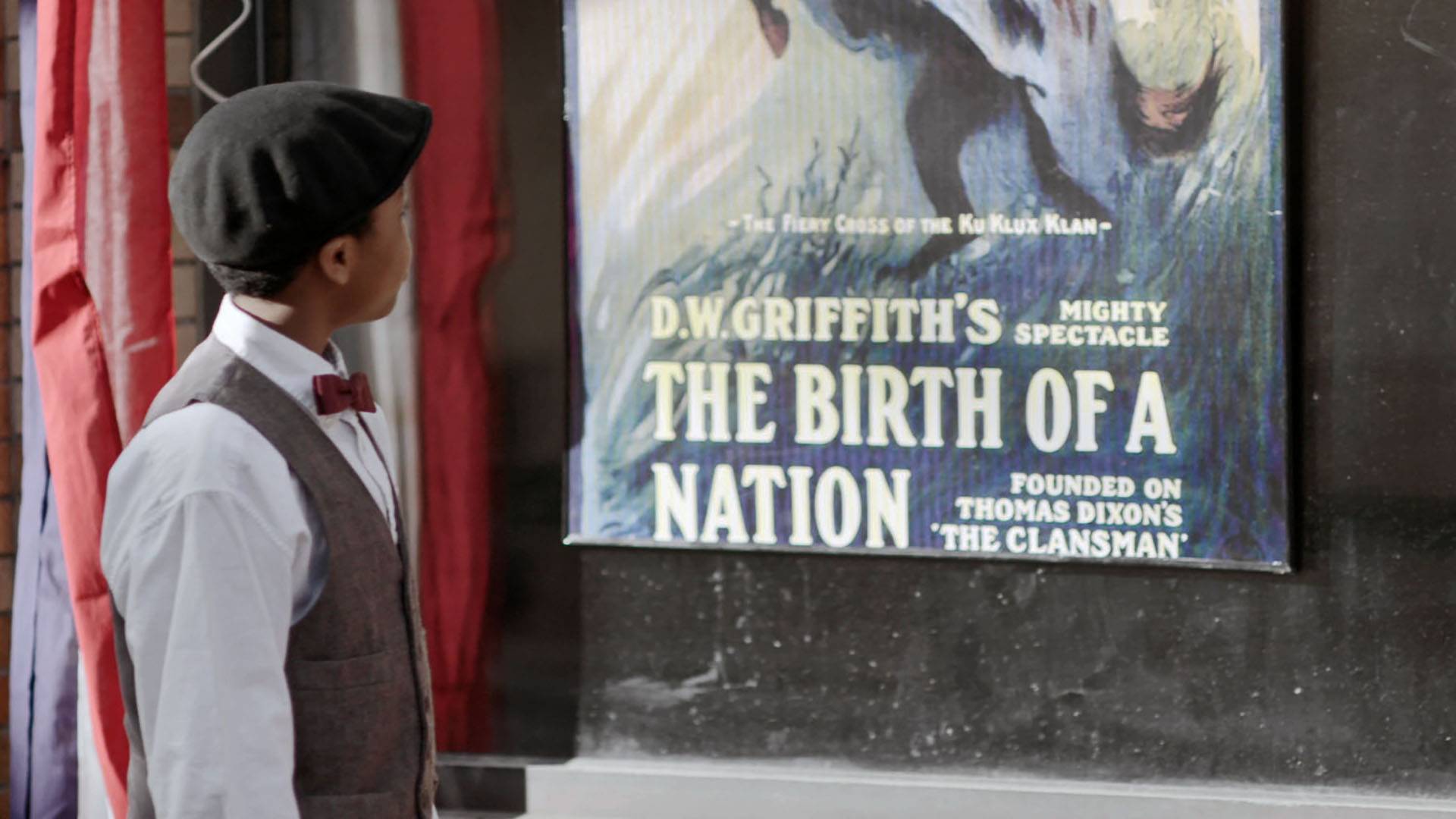 Writer, Cinematographer and Co-Producer David Mallin spoke with PBS about race in Our Nation, and how the film ends with a message of inclusiveness.

PBS: There’s a Chinese couple in line at the Lee Theatre, a whites-only theater, behind Douglas. They are also turned away from the screening of “The Birth of a Nation.” What was the purpose of placing them there, as opposed to keeping the usher interaction to the main character?

David Mallin: Racism in the U.S. is often distilled into a black/white issue, especially looking at history, but there are actually a lot of other ways in which it played out. The Chinese couple clearly have money. They even feel comforted and protected by the exclusion of African-Americans from the theater, until they find themselves caught up in the exclusion.

Yin (the woman) even says she wouldn’t feel comfortable sitting in a dark theater with African-Americans, however at the end of the film she is seen comfortably doing just that. So in a way, the Chinese couple’s character arcs are one of the most important elements of the story, in that their perspective evolves over the course of the film.

PBS: Throughout the film, the adults who communicate with Douglas never directly tell him what “The Birth of a Nation” is about, excluding one of the protesters who tells him not to support racism by watching the film. It isn’t until Douglas actually sees the film with his own eyes that he understands why everyone discouraged him from going to it. What was the decision behind having the story play out this way?

David: Ultimately, Douglas is just a kid who loves movies and gets swept up by the marketing for "The Birth of a Nation," which at the time was pretty over the top. He has stars in his eyes and he is determined. The other characters respect that determination, which is why the projectionist ultimately allows him inside even though he can imagine the effect seeing the film will have on him.

Nobody wants to be the person putting out a child’s fire, even when it’s misplaced. Also, everyone knows that the theater won’t let him in, so there is the chance his innocence can be protected, at least partially, and that he won’t truly understand he is a victim of racism until he is older.

Nobody wants to be the person putting out a child’s fire, even when it’s misplaced.

PBS: For those who are not familiar with it, can you tell me more about “Within Our Gates” and why you wanted to end the film with Douglas attending this screening?

David: Our Nation was commissioned by Old Dominion University for an event entitled "Birth of an Answer" that explored the portrayal and participation of African-Americans in film over the 100 years since the release of "The Birth of a Nation." It was a large event spanning several days, with one of the highlights being the screening of "Within Our Gates," the oldest intact feature film by an African-American director.

The screening was accompanied by the live orchestration and vocals of a new score composed for the event. Our Nation played as the short leading into the screening of "Within Our Gates," so it was highly connected in that way. Ultimately, it’s also the kind of film that a theater built for an African-American community, such as the Attucks in Norfolk, would have screened.

We originally planned to shoot those last scenes at the Attucks, but the street in front was just too big and noisy to make it work. The idea of ending on a positive note, an inclusive community coming together to respect an artistic work which wasn’t so blatantly racist as "The Birth of a Nation," speaks to the values of diversity and inclusion ODU promotes as an institution, values to which there is a struggle to maintain in today’s world as much as there was in 1915.

An African-American boy in Norfolk, VA in 1915 confronts racism in The Birth of a Nation.