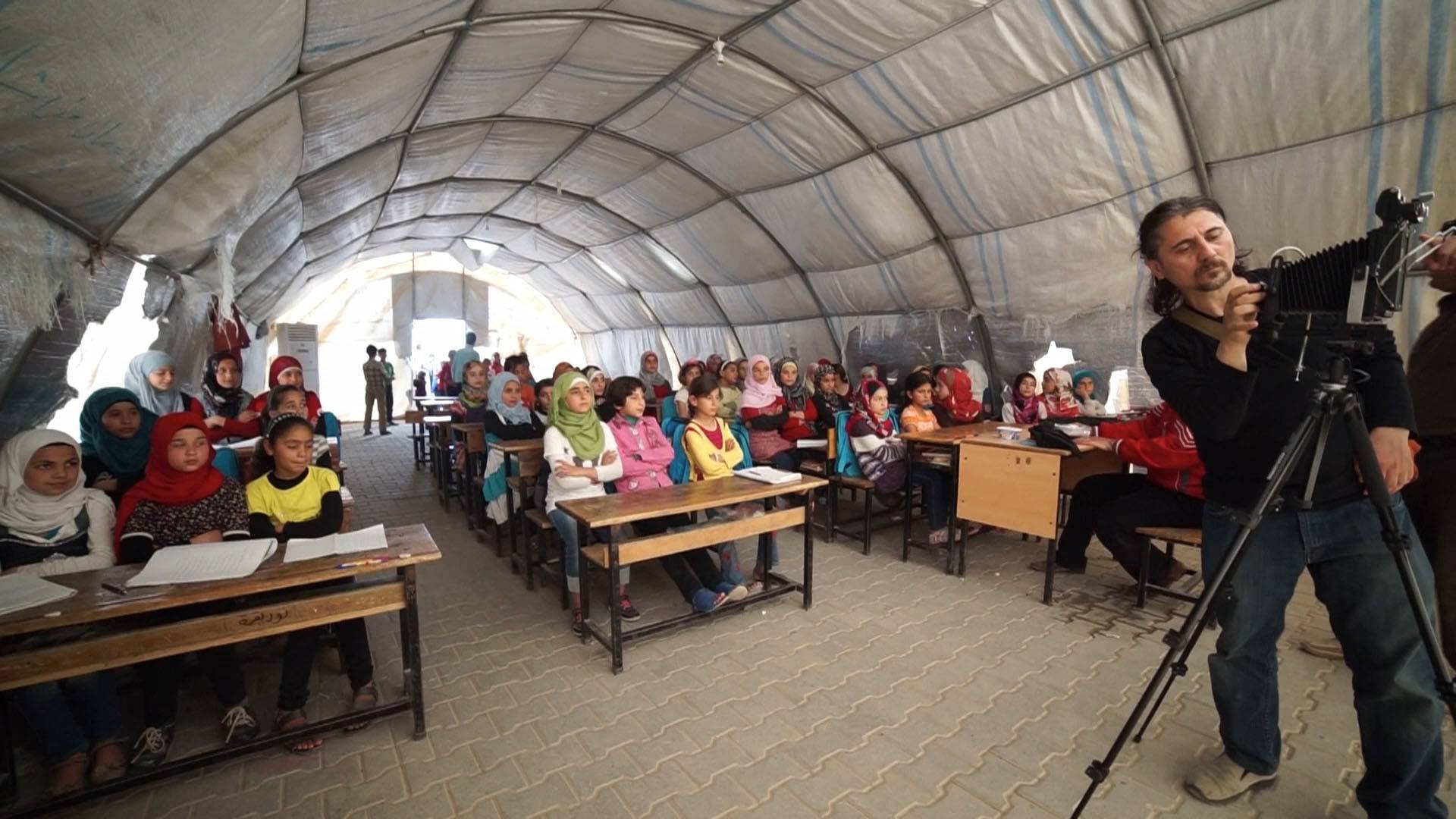 Director and Producer Kate McDonald and Director of Photography and Editor Brennan Vance spoke with PBS about discovering Osama for this project, and his dedication and passion for his unique form of photography.

PBS: During this profile, Osama knocks on a stranger’s door requesting to photograph them. From what you witnessed, how receptive were his subjects to this and how did he generally go about choosing who to photograph?

Kate McDonald: Osama uses his camera to start conversations with people all over the world. We were struck by how effortless it is for him to connect with strangers by simply walking up to them and showing them how his old camera works.

Imperative to Osama’s process is finding a connection between himself and his subjects.

We were struck by how effortless it is for him to connect with strangers by simply walking up to them and showing them how his old camera works.

In the case of Dick, the resident shown in the video, this connection was easy. The two of them hit it off right away since they shared a passion for motorcycles and an interest in fixing up old equipment. When we left they were talking about plans to meet up again, and for Osama to show Dick his studio. It was clear that more then a photograph had been made in the time they spent together.

PBS: How did you hear about Osama for this project?

Kate: I first learned of Osama through his amazing art instillation STILL/LIFE/SYRIA, presented as part of the Northern Spark Festival, an annual all-night art event in the Twin Cities. Osama’s large photographs of Syrian refugees were projected onto the ruined walls of what was once a flourmill in Minneapolis. I was so deeply moved by this haunting work that I knew I needed to contact the artist to find out more.

PBS: We get a glimpse into different techniques that Osama uses when photographing and coloring his work. How did you personally use lighting and color in your own work to depict Osama’s story?

Brennan Vance: Since Osama's work is so poetic and visually entrancing, we really pushed ourselves both technically and conceptually to tell his story with a visually rich language. We wanted to at once take visual inspiration from his remarkable photographs but more importantly we wanted our own images to help illuminate the power behind his truly unique images.