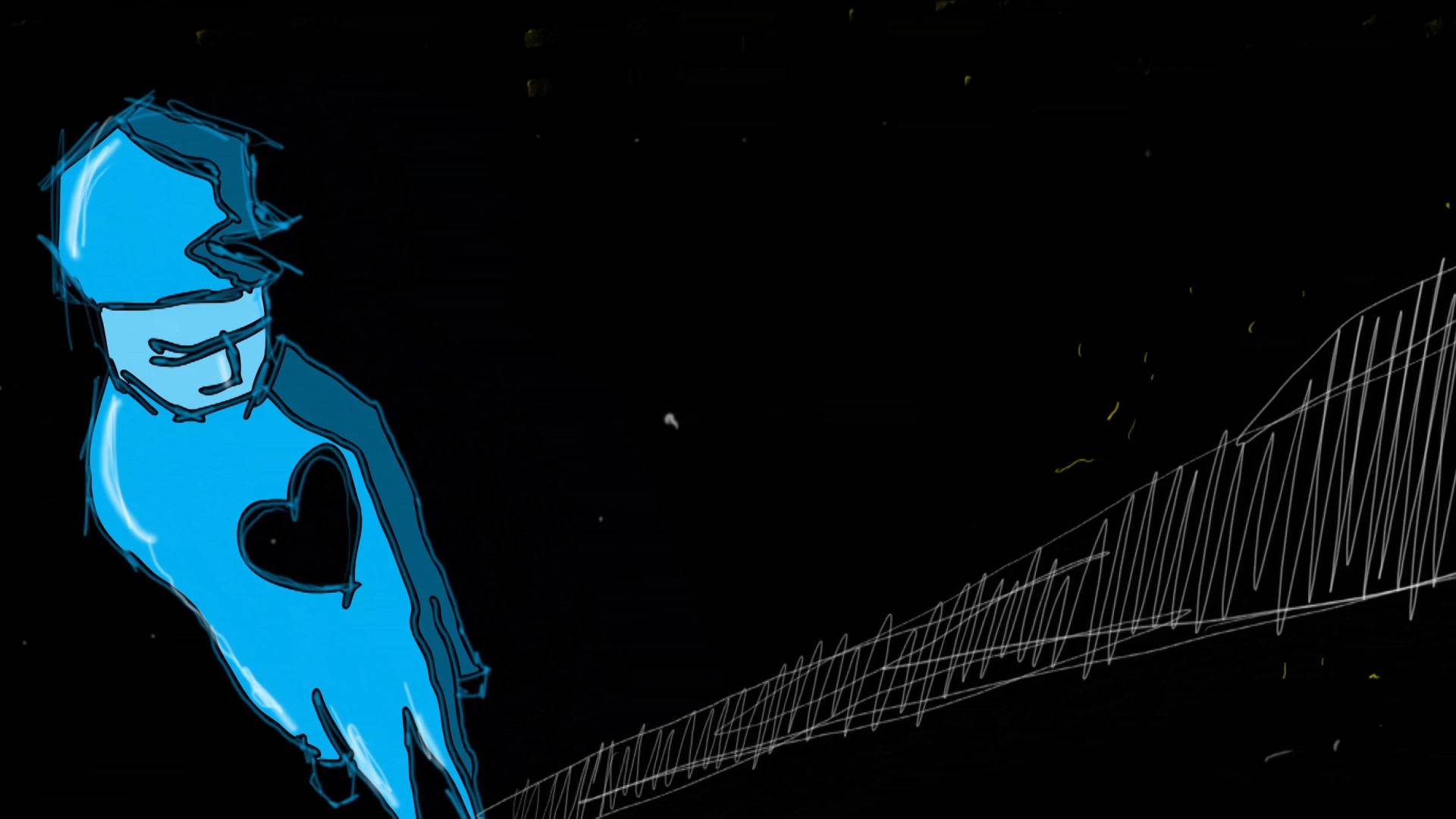 Little Man highlights the power of visual and performance arts with Steven Rodriguez's story and Artist and Animator Philip Ashby's animation. Philip spoke with PBS about his specific animation style and why this story is important to hear.

PBS: Steven Rodriguez shares his story, inspired by his younger brother, in the form of spoken word poetry. Can you take us through your creative process and your initial thoughts on how you wanted to illustrate this?

Philip Ashby: My creative process usually starts in my sketchbook. After I hear the voice track or read the script, I start doodling and what usually flows through my pencil is a character or a scene that evokes the atmosphere of what I experience with the piece. Once I have a sense of the art direction I create a storyboard which helps me think about scene transitions and the flow of the visual story. Then I create an animatic, which is a rough draft animation. This helps me time the art with the voice track and gives the art a sense of life.

Finally, I go in to edit which is literally evaluating every frame; this stage eventually comes to an equilibrium of art and sound with storyline. My initial reaction to Steven’s performance was feeling his isolation, frustration and desperation. I knew right away I wanted to use a sketchy hand-drawn animation style that wiggled and vibrated with a sense of unease. I also wanted the art to be urban much like street art. There’s an honesty and beauty to street art that I admire and wanted that to surround Steven’s story.

PBS: There’s an interesting use of color in your film. What was the intention behind the heavy use of black and blue throughout?

There’s an honesty and beauty to street art that I admire and wanted that to surround Steven’s story.

Philip: The life circumstances of Steven and his brother are bleak. I wanted to express this by creating a dark environment with no light entering this space. By putting the characters onto a black background, I wanted the viewer to sense their isolation and desperation.

PBS: What do you hope viewers take away from the film?

Philip: I hope the viewers find an appreciation for Steven’s art which is sincere and authentic. Urban artists like Steven share personal expressions that give us an honest look at areas of our community that are unknown or ignored by most of us. By having an appreciation for urban art, we become part of their community and hopefully contribute in some way.