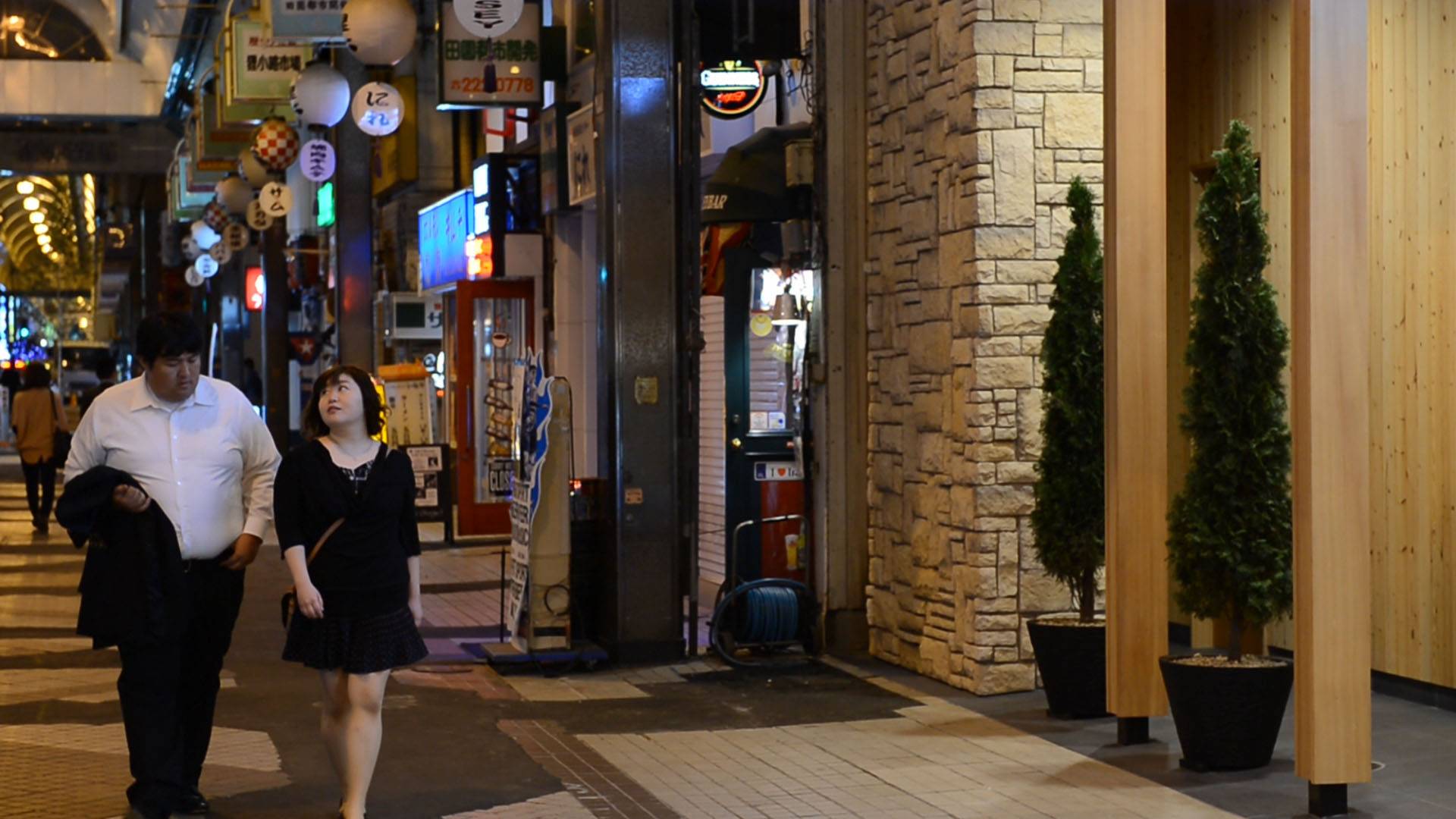 PBS spoke with Writer, Director and Producer Justin Ambrosino about how his life experience with food and loved ones has inspired his films.

PBS: During this film, we witness Yuki and Miho form a bond over their shared love of food. What was the inspiration behind this unique romance?

Justin Ambrosino: Growing up working at my father’s Italian restaurant in New York I saw everything from young lovers proposing over spaghetti alle vongole to seasoned lovers cheating on their significant others while sharing a zabaglione. Believe it or not, I even saw someone get beat over the head with one of those large, wooden pepper grinders. Food always seemed central to the stories I’d see and hear and it became a personal passion of mine. When I’d wake up, I’d talk about breakfast. With breakfast, I’d talk about lunch. During lunch, it was all about dinner. And at dinner, it was "What are we going to eat tomorrow?!" Until the issues of health, weight and body image began to attack my passion.

My family and I battled diabetes, heart attacks, weight gain and extreme loss. For a period, I questioned my passion, but in the end, I couldn’t shake my love of all things food-related. My inspiration grew and stories came to me – revolving around food. With this story, I'm not interested in preaching life lessons about food consumption, nor do I judge my characters on howthey behave. Instead, I wanted to explore a different side of the food/health issue by showing what it means to have a true passion for eating and finding someone who understands that. We all need that special someone who lets us love in abundance. 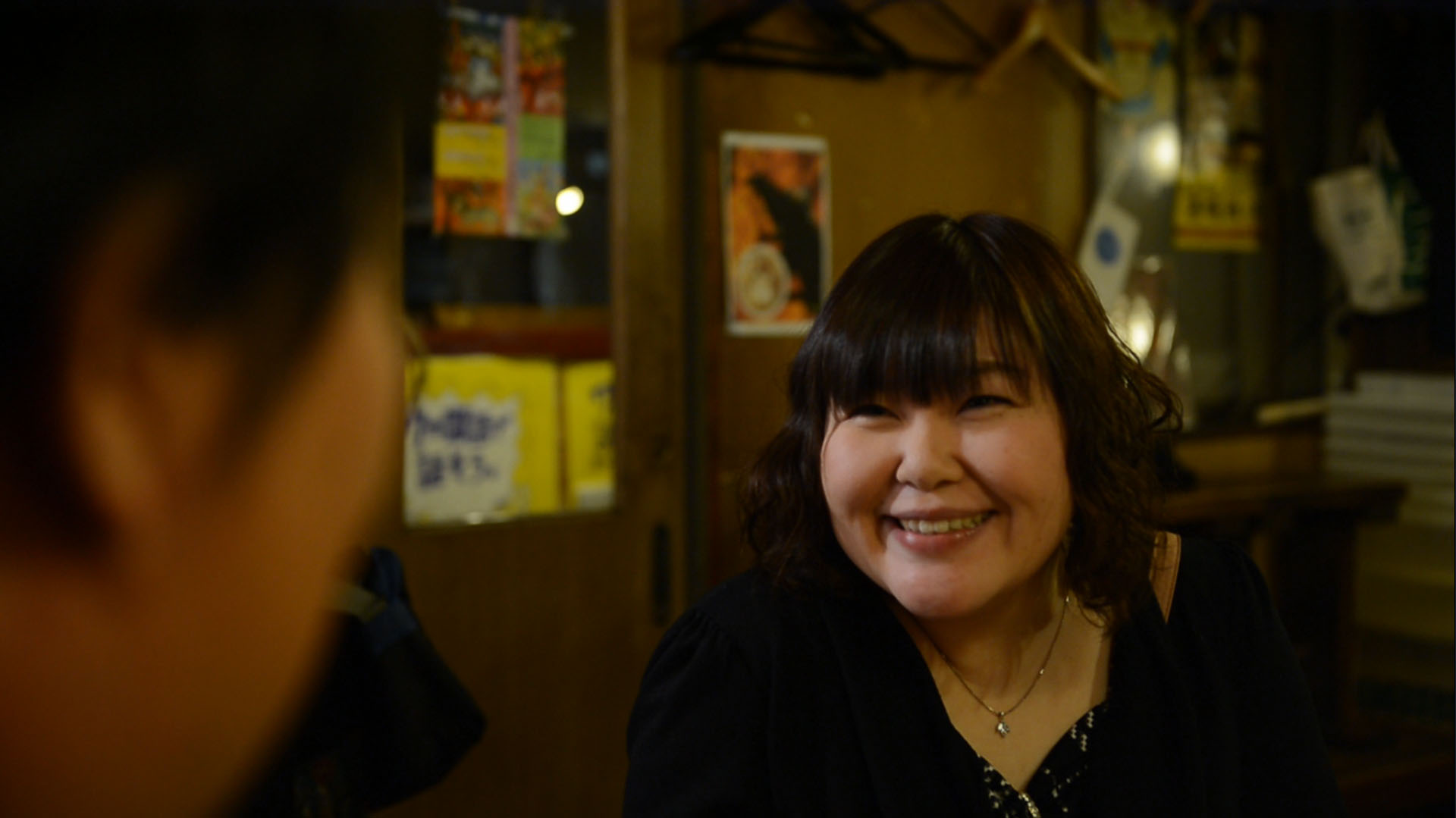 PBS: Conflict is brought into the story when a stranger openly criticizes them and compares them to “American pigs.” Why did you want to introduce this character?

Justin: We often see this type of person in real life vomiting hate on some cellphone video posted on social media - usually revealed the day after they got drunk at some bar. So, this character also had too much drink and let go of his inhibitions causing this traumatizing moment. In fact, that character probably has plenty of issues as well and, instead of dealing with them, they spew words of hate to those closest to them – sometimes helpless strangers in love.

"We often see this type of person in real life vomiting hate on some cellphone video posted on social media - usually revealed the day after they got drunk at some bar."

I wanted to introduce this specific character at one of the first real moments of connection between Miho and Yuki because if their love is going to survive, there will be plenty of times that they will face this kind of criticism. Unfortunately, there will always people in and around their lives that try to tell them what to do because think they know what is right, they think they know what is best, and they will easily judge them without any context or understanding. I wanted to see how Yuki and Miho would handle it together and I think they make a great team.

PBS: Toward the end of their binge together, Miho says, “You can stop now” with a defeated look on her face. This is a different attitude from the beginning of the film when we’re first introduced to her. This changes again for both Miho and Yuki when they continue their eating adventures despite both suffering from heart attacks after their binge. Why is this and what are we meant to take away from this?

Justin: Like most of the film, everything is open to interpretation; there are plenty of metaphors and symbolism throughout. It is intended this way because each viewer can take every moment as they please. I hope the audience’s individual interpretations reflect more on themselves than on the ultimate meaning of the story. For instance, the “defeated look” you mentioned can also be Miho’s realization that Yuki is a person willing to go the distance with her – a look that says Yuki is a person of little words and a lot of action. She could be thinking that when Yuki decided to join her tonight, he decided to join “until the end.” Isn’t that what most of us want in love – someone who will be there for us until the end? Whatever end that may be.

As for the final scene, it is another instance where every audience member should take it as they wish. As I mentioned before, I am not trying to force feed any kind of message or solution. I like that it can open to interpretation. But a story has to end somewhere, so I wanted to leave these characters in a moment of great happiness - when they realize they found each other and are about to embark on another great adventure, traveling the globe with a considerate life partner eating all the delicious food this world has to offer. If only we can all be so lucky.

P.S. I want to dedicate this film to my mother.