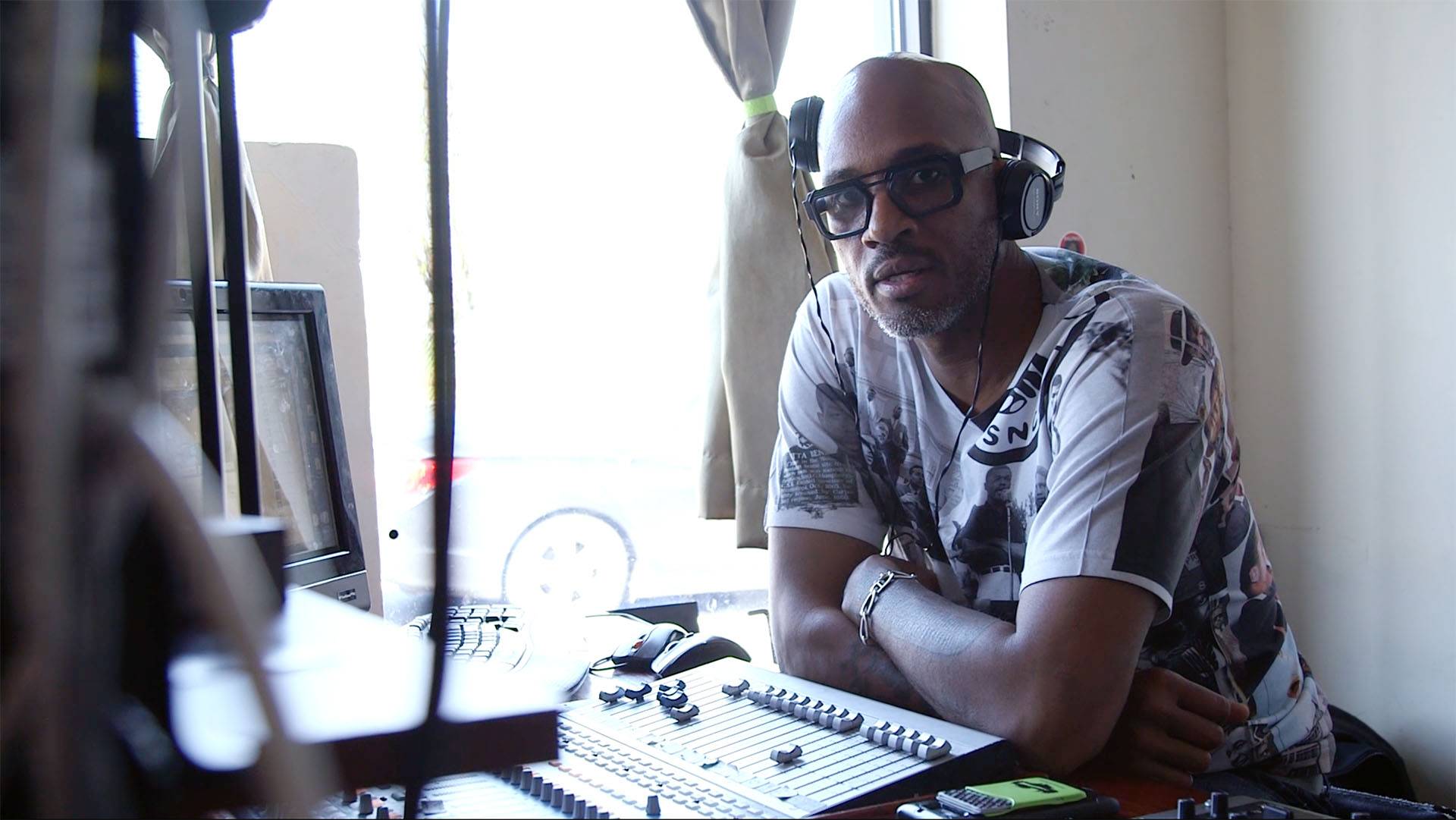 PBS: How did Kymone Freeman come to be the subject of your story?

Katie Davis: I was beginning to research the neighborhood of Anacostia. As I was walking down the main road, Martin Luther King Boulevard, I noticed a storefront labeled We Act Radio. Being a longtime lover of radio, I knew I wanted to talk to the manager. It took several calls and a few nudges from neighbors for Kymone Freeman to call me back. We met for lunch and we clicked.

PBS: Toward the end of the film, Kymone says, “We have a fight on our hands to remove displacement from the equation of gentrification.” How do you want the audience to act on this after hearing this message?

Aidan Un: I think it's really hard to live a life completely void of injustice against others. Every choice we make, from what we eat, to the jobs we do, or where we live, all these decisions are connected to other people's lives and affect them. Without an active analysis of our everyday decisions we just end up re-creating the same patterns of oppression.

In general, I would like my films, and this one in particular as it concerns issues of gentrification, to make people reflect more on their choices.

Every choice we make, from what we eat, to the jobs we do, or where we live, all these decisions are connected to other people's lives and affect them. Without an active analysis of our everyday decisions we just end up re-creating the same patterns of oppression.

The hope is that we can avoid compromising on what we believe in if we realize that our decisions are less necessary than they are convenient.

PBS: During the introduction of the film, we see a photo of Frederick Douglass, and at the conclusion of it, Kymone visits the house Douglass lived in and mentions that he was known as the Lion of Anacostia. Additionally, Kymone makes the comment, “We’re not going to go quietly in the dark, so hear us roar” during the film. Can you take us behind the editing process of this film and how you pieced this interview together to represent your message (e.g. the lion references)?

Josh Banville: Kymone gave a very passionate interview on gentrification and why it should be considered an injustice to the residents of Anacostia, and provided numerous examples of how outside money and "investment" is winning the day against the desires of the locals who rightly call Anacostia their home.

The sound bites reflect Kymone's call for action. Much of what he says is built upon the shoulders of another resident of Anacostia: Frederick Douglass. Frederick Douglass is one of this country's most important figures, and people like Kymone carry his message forward. In 1857 Douglas knew that "Power concedes nothing without a demand. It never has and it never will." Kymone doesn't see Frederick Douglass as a name in a history book; he sees him as voice that continues to roar.

Kymone Freeman keeps his D.C. neighbors strong by helping them tell their stories.