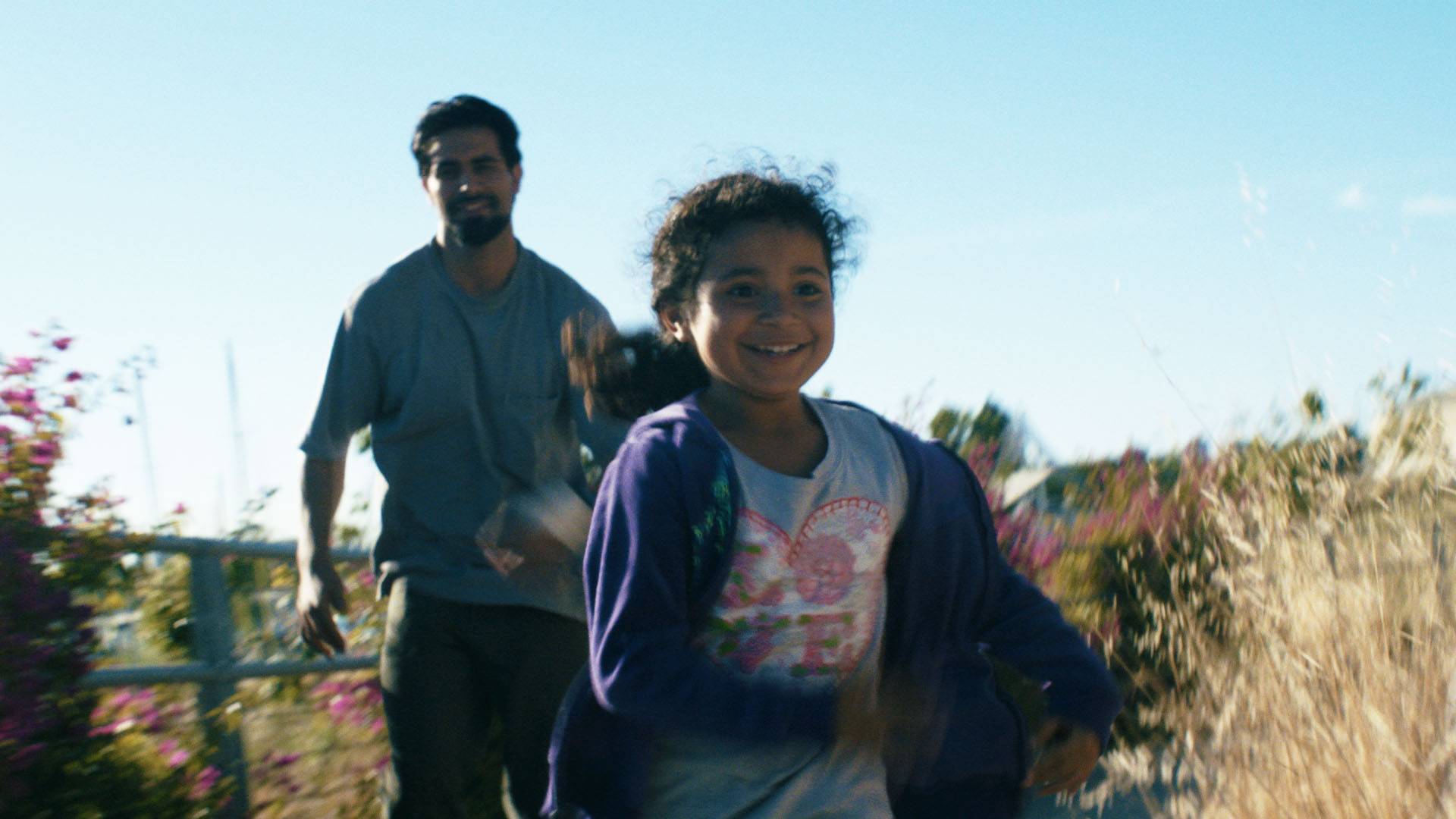 Maria and her father try to rebuild their relationship after dealing with a terrible loss in Dad. Writer, Director and Editor Vincent Cortez spoke with us about his inspiration for the film.

PBS: Single fathers raising their children isn’t something widely discussed in our communities, though it’s likely more common than we think. What made you decide to go this route with the story, as opposed to a mother-daughter film?

Vincent Cortez: There are two key reasons that I went the route of a single father and daughter in this film. On various levels throughout society, I feel like we don’t hear many stories about single fathers raising their children, and the struggles they face. And while any single parent doing their best for their child is admirable, I’ve known some loving and hardworking single fathers and feel that lack of representation in media and popular culture can perpetuate misconceptions and withhold what could be empowering and transformative experiences.

And while any single parent doing their best for their child is admirable, I’ve known some loving and hardworking single fathers and feel that lack of representation in media and popular culture can perpetuate misconceptions and withhold what could be empowering and transformative experiences.

Additionally, as a filmmaker, I’ve tended to write stories based on things that I’m deeply connected to. As a father of two young girls myself, both of whom are featured in this film, I can recall at the onset of this story, thinking about what my own life would be like if I somehow became a single father. What challenges might my daughter(s) face? What would I be afraid of? And what would our lives be like? In many ways this film is an exploration of those questions.

PBS: There is little dialogue in the film, which means that body language and facial expressions played an important part in relaying the characters’ emotions here. How was it working with both the actor and actress on set with this in mind and why did you want to take it in this direction?

Vincent: It was satisfying and liberating to focus on visually exploring the characters through body language and facial expressions, working closely with both Valerie Cortez and Brian Bueno, who played the daughter and father respectively. By being sparse with the dialogue, there was something much more sincere and intimate about them visually trying to navigate their challenges and find their solutions.

We removed dialogue from the script, and later the edit, allowing us to build the characters through physical actions in "quiet" moments. Based on how expressive Valerie naturally is, I knew that as long as she had a good sense of the character’s conflict, I could trust the authentic and nuanced elements that she would bring to her performance – and bigger than that, the viewer might step closer to and hopefully connect with her. Similarly with Brian, there was a need to craft a character that would be a man of few words but still allow us a window into what he was dealing with. My previous collaborations with Brian gave me confidence in his ability to help tell the story through his physical expressions.

Overall, minimal dialogue is something that I enjoy as a filmmaker: The more I can say without words the better I feel. Often I’ve found that movies use dialogue to explain things, or overtly convey things, that we could just as well see if we are given moments to observe them. In the context of our film, we wanted to isolate our characters from the world around them, while maintaining a closeness, and part of that was stripping away dialogue, or in a sense saving it for key moments in the film.

PBS: We finally see a tender moment between father and daughter when the pair competes in a race against one another. As they race up the hill it almost feels as if their relationship is renewed. How did this particular scene come to mind in the initial process of creation?

Victor: The "racing" scene was improvised and organically created on set. The script, in summary, stated, “They play and bond." It was initially intended to occur in a playground and unfolded a bit differently. But the day of shooting, when we arrived at our playground location (which was typically empty), we found it was full of people. This would have been too distracting to achieve what we wanted.

Slightly down the road there was an empty area, a place I had played with my own children numerous times before. So we came up with something that we thought would genuinely capture the type of excitement and bonding moment the story required. In short, it was a real race between the actors up the hill, and once we authentically captured it, we went and picked up the additional pieces needed to piece together the entire scene. We also aimed to bridge the feeling of the father and daughter playing with some of the memories that are scattered throughout the film.

As a father, I’ve personally experienced the transformative power in play with my own kids. This film allowed me the opportunity to demonstrate that it can help renew and strengthen. Play is one of the earliest foundations that we establish with our children, and slowly but surely, as we get older, play goes away in many of our lives if we allow it to. When things seem difficult and emotions are heavy, play can be a means to release, reconnect and provide us a dose of positive emotions.

Maria and her father must discover a way to mend love while confronting loss.